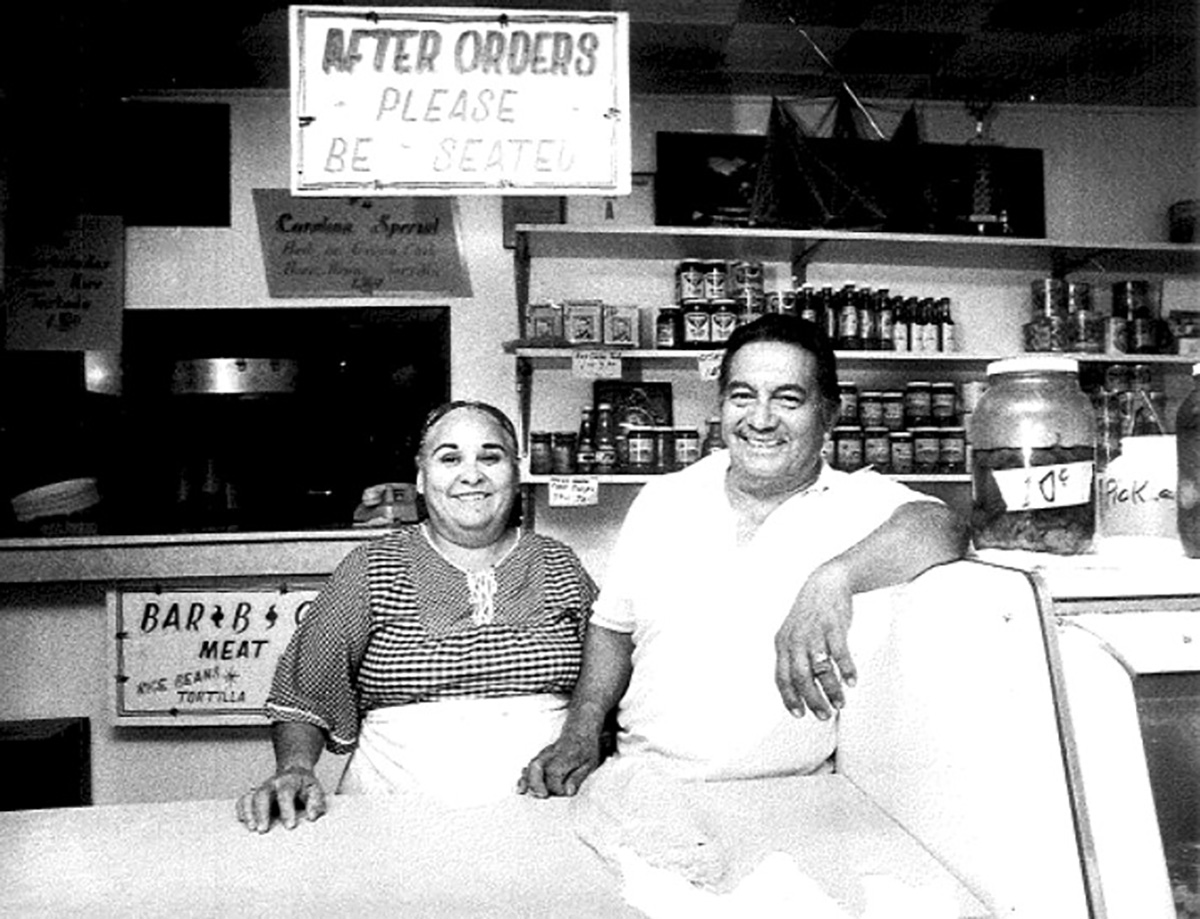 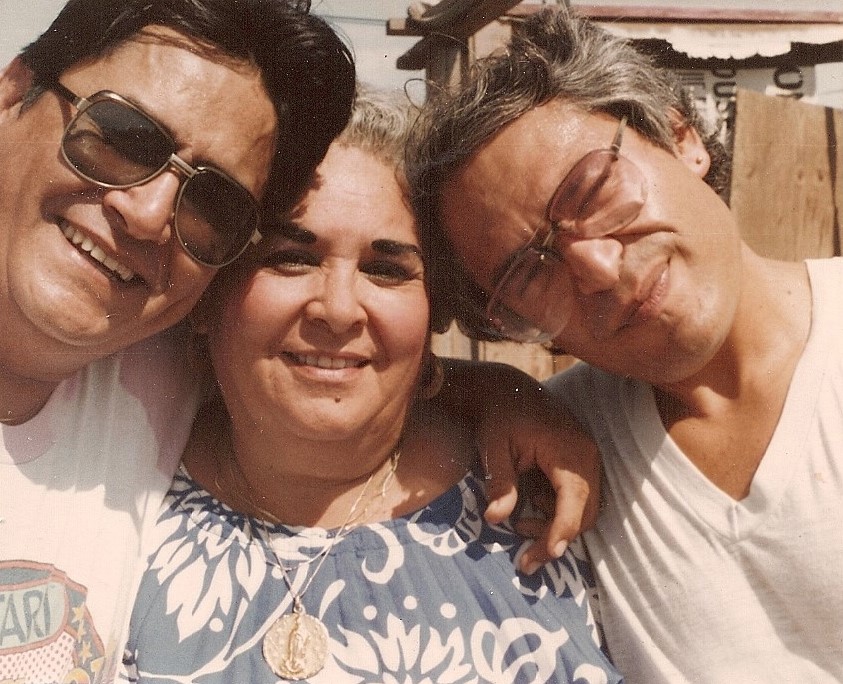 Carolina’s Mexican Food has a long-established reputation of making some of the best Mexican Food in the Southwest. It is a business that began as a dream of Manuel and Carolina Valenzuela in the 1950’s. In the early years, the couple concentrated mostly on making homemade tortillas, burritos, and tamales, selling them out of the back seat of the family car at wrestling matches and to migrant workers in the fields, always making sure the food was fresh and prepared in the traditional way taught to them by their parents. Yet from that meager beginning, with a lot of hard work, their dream became a reality. Manuel and Carolina opened their first restaurant at 105 W. Hilton, it was so small that two people holding hands could touch opposite walls. The grand opening was in the Spring of 1968, they used their savings of $400, and Manuel’s expertise of trading and bartering. Carolina’s first tortilla employee was Elvira Castellanos de Abril, who just happened to be the one who taught Carolina all her cooking skills, and was also her Mom. Elvira’s pay consisted of a few dollars for Bingo, with a ride to the Bingo Hall at the American Legion Post #1, no contract had to be drawn up, just a hug and a kiss. Carolina’s son Edward became a permanent and important part of the business, he took the position of pot and pans, promoting Dad to head cashier, again no contract was needed, just a firm handshake.

In 1972, Manuel decided to move to a location that was more accessible and had more square footage to accommodate the rapid growth of the business. It was at this juncture Joe, their eldest son, came into the business. Although Joe was working only on a part time basis, he proved to be an important part in the decision-making process needed for growth and expansion. Manuel and Carolina had another grand opening of the same business, but at another location, in the Fall of 1972. This one was located at 1519 East Mohave street just across from Food City. Manuel Caballeros Valenzuela passed in October of 1979. Carolina, Eddie, and Joe continued, and struggled through these hard years, and the business kept on growing. The lunch crowd from the downtown area filled the, what used to be a large dining area. The City of Phoenix began a program of relocating the old neighborhood to make room for Sky Harbor Airport and the growth of Phoenix, Arizona. 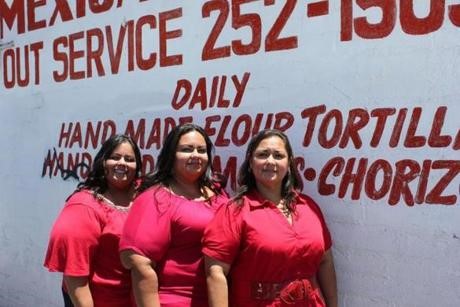 From left: Angela, Jennifer, and Josephine

In 1985 the City of Phoenix Purchased the Property where the restaurant had been located since 1972. Joe, along with Carolina’s permission, started to search for a new location. He found one almost immediately at the North-East corner of 12th Street and Mohave, just three blocks West. Joe worked out a lease agreement with the owners and started with plans and construction for yet another “GRAND OPENING” sometime in the Summer of 1986.

The “GRAND OPENING” took place on the 4th of July 1986 by this time, Carolina’s Grandchildren, the third generation started to work at the restaurant, part time, while still attending school. Joe’s wife Phyllis began to take a more active part in the administrative area, including Human Resources, and Catering. Carolina purchased the building and land, in 1991 and continued to preside as President and Chief Counsel to Joe, Phyllis and Edward. The business continued to prosper and Edward A. Valenzuela retired after 25 years of hard work at Carolina’s Mexican Food. 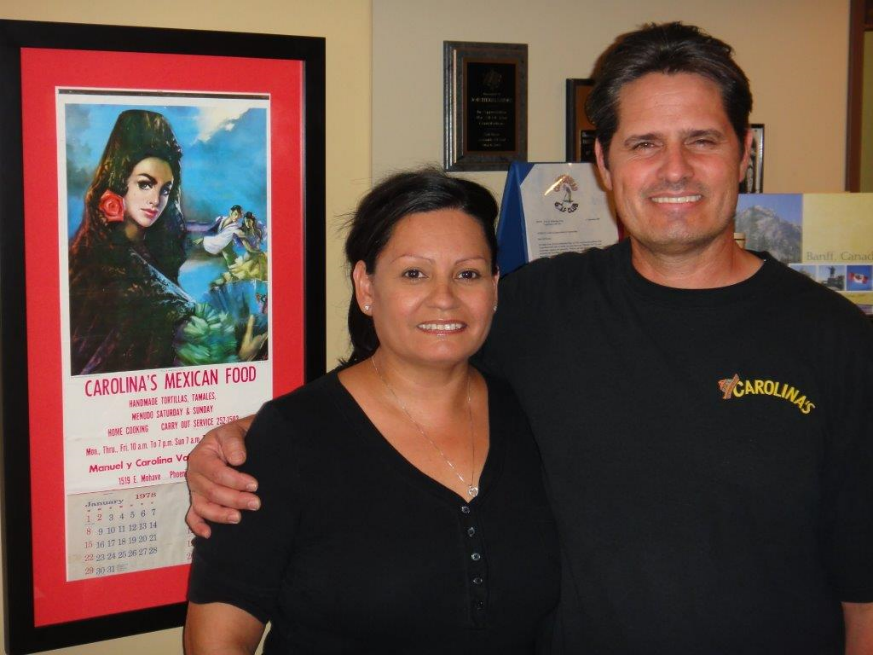 On June 24, 1998, all was at its usual course of business and doing great, when Joe had an aneurysm. Phyllis rushed him to the hospital, and he was taken care of immediately. The restaurant didn’t skip a beat. Not one customer missed their meal, thanks to Carolina’s grandchildren, specifically, Josephine Quinones, and her husband Oscar, also Victoria Tiedens, Angela and Jennifer Hernandez. They took up the whole Enchilada and ran the business without skipping a beat, allowing mom and wife to be with Joe till he recovered. Another addition came to Carolina’s around the summer of 2000. He had been in the family for many years and actually is Joe’s son-in-law, David Tiedens. Carolina gave him her blessings and put him to grind, just like any new employee.

Carolina C. Valenzuela passed on May 14, 2002. The whole family misses her tremendously. She knew of the plans for the future, but she didn’t get to see the second “Carolina’s Restaurant” which opened its doors with another “GRAND OPENING” on February 3, 2005. The managers and owners are David and Victoria Tiedens. Oh! By the way, the fourth generation of the family is currently in training. 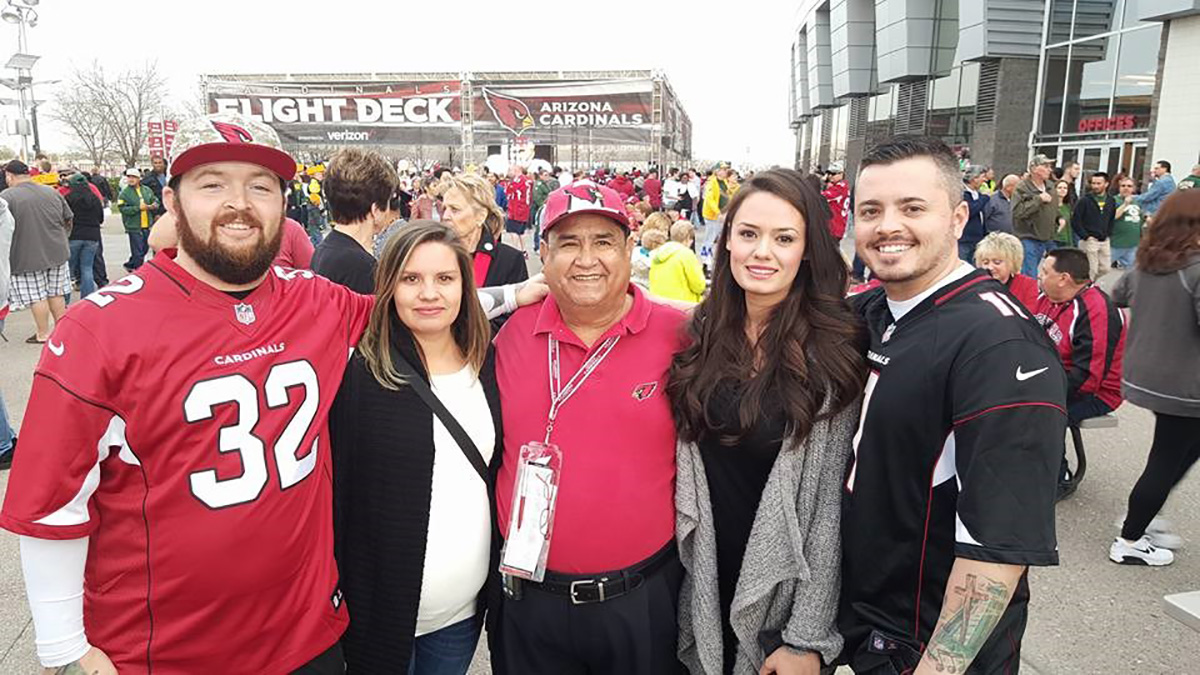 Proudly serving the Valley since 1968.